July and August so Far…

The past six weeks have been full of summer fun!  Every now and then I think about how far behind our blog is.  So, now it’s time for another big catch-up post.

July 4th we went on a family bike ride to a local park with our picnic lunch, had an outside dinner on the patio, shot off a few fireworks after Kaylynn was in bed, and watched the big neighborhood fireworks all around us. 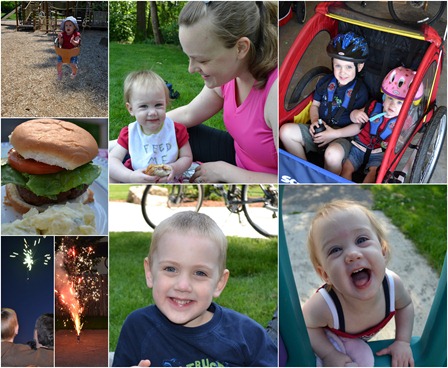 A few weeks later it was Desmond’s fourth birthday.  We had it at Hockinson Meadows Community Park and enjoyed playing with friends and family (including Grandma Linda up from California) to celebrate our growing boy!  One special gift was his new red bike which was refurbished by Uncle Daniel.  This is the same bike built by my grandpa that my brother’s and I learned to ride on.  Afterwards we went to see Daniel, Dad, and Grandpa take off for their return flight to Albany. 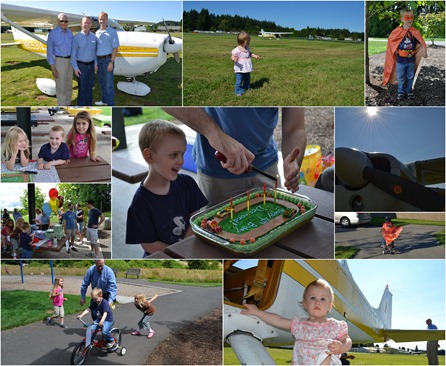 The following weekend was our eighth anniversary trip to Bend.  I don’t know why it took us eight years to finally make it out that way, but we had a blast rock climbing, zip lining, white water rafting and mountain biking.  Our GPS was trying desperately to get us lost or stuck on a side of a mountain somewhere, but we prevailed!  Also I learned that if you’re not sure what something is on your dinner plate, taste or at least smell it first before downing a huge bite of wasabi!  We stayed at Surgarloaf Mt. Motel which wasn’t fancy but a very decent place and saved lots of money to do our fun outings.  We’ve got to go back sometime. 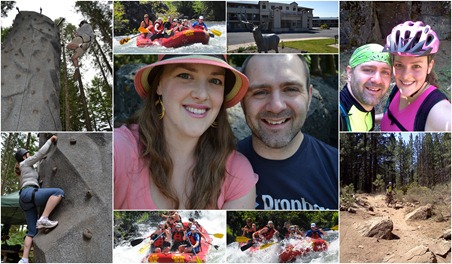 Next was Davin’s birthday where he most notably got a Nexus 7 from his mom.  He’s very excited to play around with his new tablet.

We then went day camping with my family at Green Peter Reservoir at a site only accessible by boat.  Next year we’ll have to spend the night, but this time we decided not to try it with Kaylynn at the stage she is.  I love the quiet of nature and the smell of the fire. My brothers and sister-in-law also really know how to set up a nice campsite.  We had a blast water skiing, inner tubing, and eating good food around the campfire.  I’m still paying for my water skiing attempts with sore back and leg muscles.  Next time I’m determined to get up! 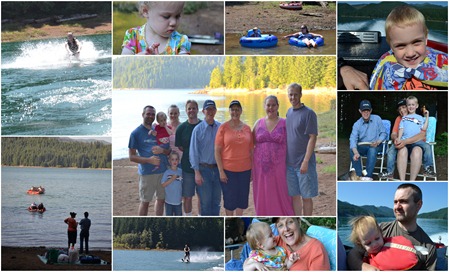 My next event is the Muddy Buddy on Sunday.  I’ll have to let you know how it goes!