I’ve been continuing my Jillian Michaels workouts and following most of her nutritional plan.  I have one workout left to complete the 30 days.  (Davin’s planning on joining me as I go through it again next month.)  I’ve lost five inches and 8 pounds this month, and I’m feeling good!  I’ve also finally dipped into my normal BMI range for the first time in probably 4 years.  Normally I like to reward myself by eating ice cream, but this time I think I’ll go shopping for some new smaller clothes that fit me better.

Last week I went out with some of my mom friends to California Pizza Kitchen.  I looked up the nutritional information beforehand and felt empowered to make a wise decision with my food.  Normally I would have easily made a 1600 calorie choice and justified it because I was out with friends.  This time I ate within my limit for dinner totaling 560 calories and it was satisfying. I control the food; it doesn’t control me!  Before going out for the evening I snapped a few pictures because I was feeling cute.  It’s still hard for my mind to catch up to my slimmer body. 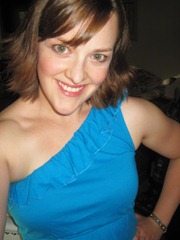 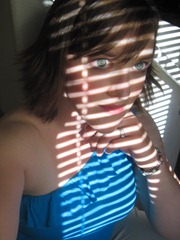 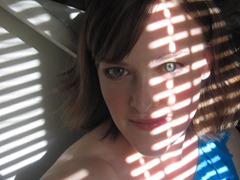 Visit from Aunt Ashana and Ed

In April we had the pleasure of visiting with Davin’s sister Ashana and her boyfriend Ed.  They hadn’t seen Desmond since he was three weeks old!  Desmond warmed up to them right away, and I thought it was hilarious that he called Ed, “Odd.” 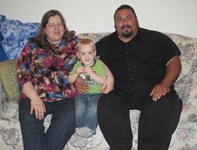 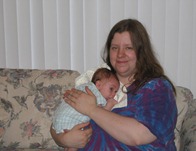 They gave Desmond this cute Leap Frog dog named Scout.  Davin likes it because it plugs into the computer. We programmed it to say Desmond’s name and some of his favorite things.  Desmond loves it and is almost inseparable from Scout.  His favorite song is the one that spells his name.  I seriously think he has even started laughing like Scout. Wow. 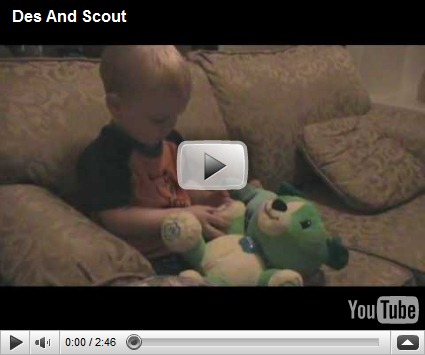 We enjoyed the beautiful summer day and went strawberry picking this morning at Philbrook Farms.  Desmond did well picking only the red ones… mostly, and Davin filled a bucket too even though it’s more like a difficult Easter egg hunt for him.  We will most definitely be back. 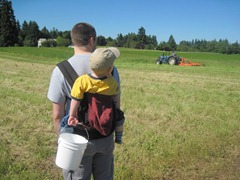 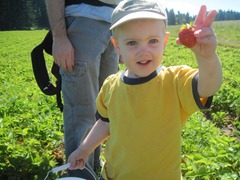 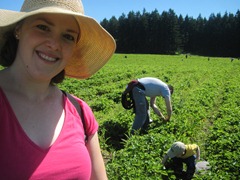 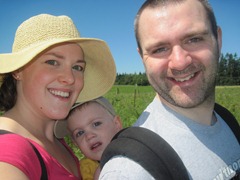 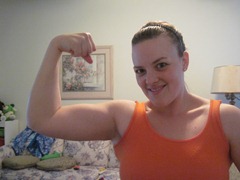 Just finished my Jillian Michaels workout for day 12.  This is my second time around getting to day 12, but last time I only went as far as day 15 when I found out I was pregnant and backed things off.  I look forward to completing the whole 30 days this time.  These workouts are tough, but the fun part is that it makes me feel strong afterwards!  I’m starting to get the arms to prove it.