Catching Up on the Last Month 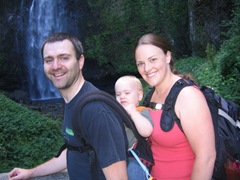 We enjoyed a family hike with fellow Baby Boot Campers to the top of Multnomah Falls at the end of August.  It was a good hike and an even a better work out carrying Desmond. 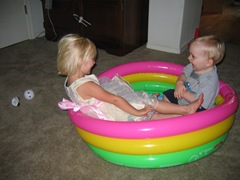 Desmond walking around the zoo.  We forgot the stroller and he LOVED his freedom!  Des and I visit the zoo often with our friends Gina and Addison.  The kiddos really enjoy playing together. 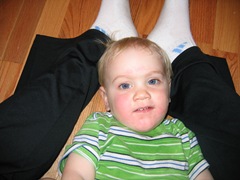 The strange rash Desmond broke out with after eating hummus – which he’s had before with no reaction.  He also broke out like this after eating a cinnamon sugar pretzel.  Hmmm. 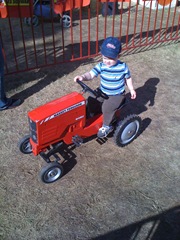 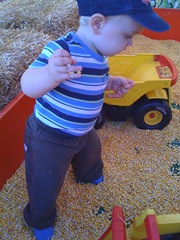 Fun at the state fair!  Desmond’s favorite part was the corn bin.  He did NOT want to get out. 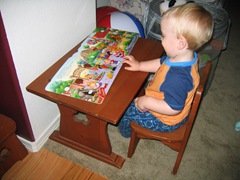 Playing at home: This week I pulled out my little table and chairs from when I was a kid.  Desmond thinks it’s so cool.  He also loves carrying around the new Twistables crayons.  He doesn’t color much yet, but at least he can’t eat them now.