Desmond Is Riding His Bike!! 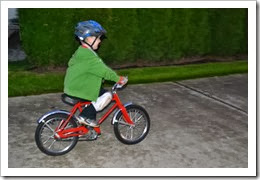 So, for the last few days Desmond and I have been working on getting rid of the training wheels. At first he was having trouble pedaling and staying up. He was just too wobbly. So, I decided to take his pedals off and lower his seat all the way and turn his bike into a strider. The result was almost immediate. He was able to stay up for a little while and glide along. We have been doing that for a few days. Tonight after going up and down the driveway a few times and him staying up for ten seconds or so until the bike would come to a stop I asked him if he wanted to put the pedals on and he way super excited. 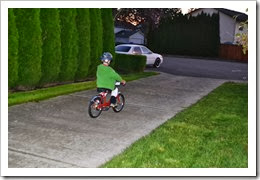 The very first time after putting on the pedals he did awesome! He started pedaling and just took off. I have a feeling he is going to want to do a lot of biking in the near future. I am super impressed with how quick he picked up biking. 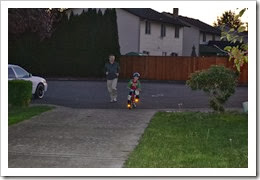 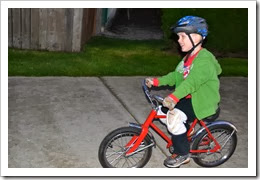 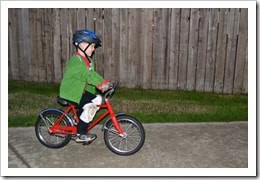