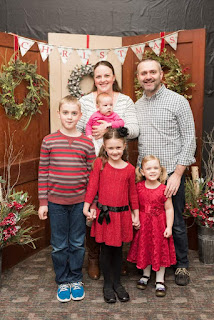 They were taking family photos at the Christmas Eve service so we got a nice one of the six of us. It's still hard for me to get used to the idea of being a family of six now! The kids are perfect stair steps.

The kids got to sing on stage. It was Brielle's first time and she was so excited. She was front and center but ended up very upset because people were touching her. She was in tears and stared down the kids on either side of her. At one point I was trying to have her come down to me, but that only made it worse because she put her hand behind her ear and said "I can't hear you!" She finally joined in singing "Joy to the World" with a scowl on her face, but at least she was singing. Quite the show stealer. I love her and all her feelings and expression. 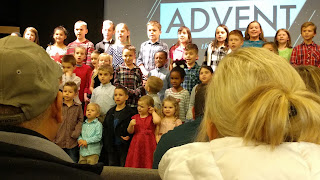 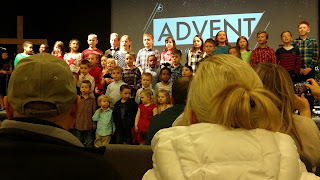